Murran Billi was an artist long before he started tattooing, and it’s clear to see in his pieces how much that has influenced his tattoo style. 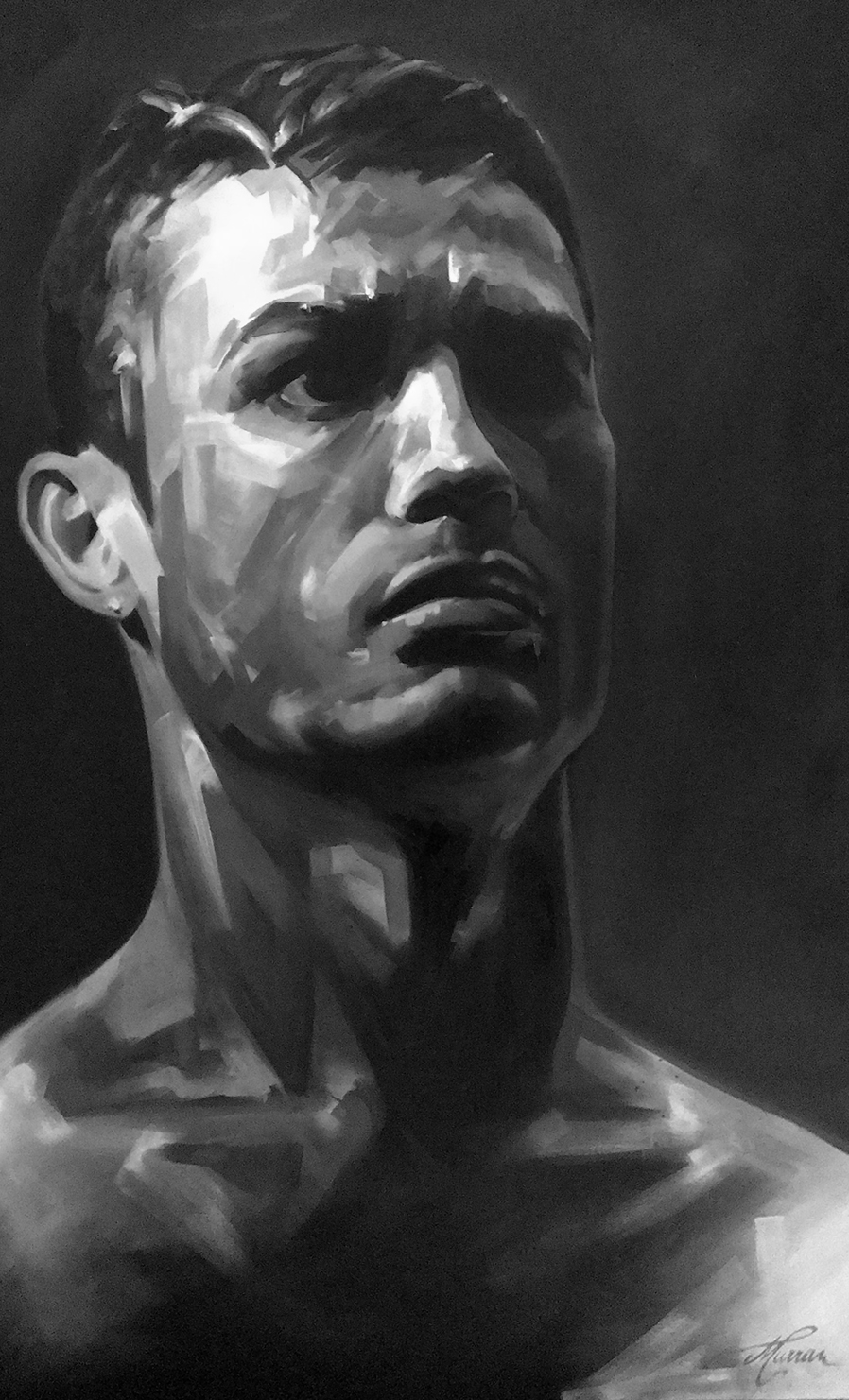 Dive into this astonishing work 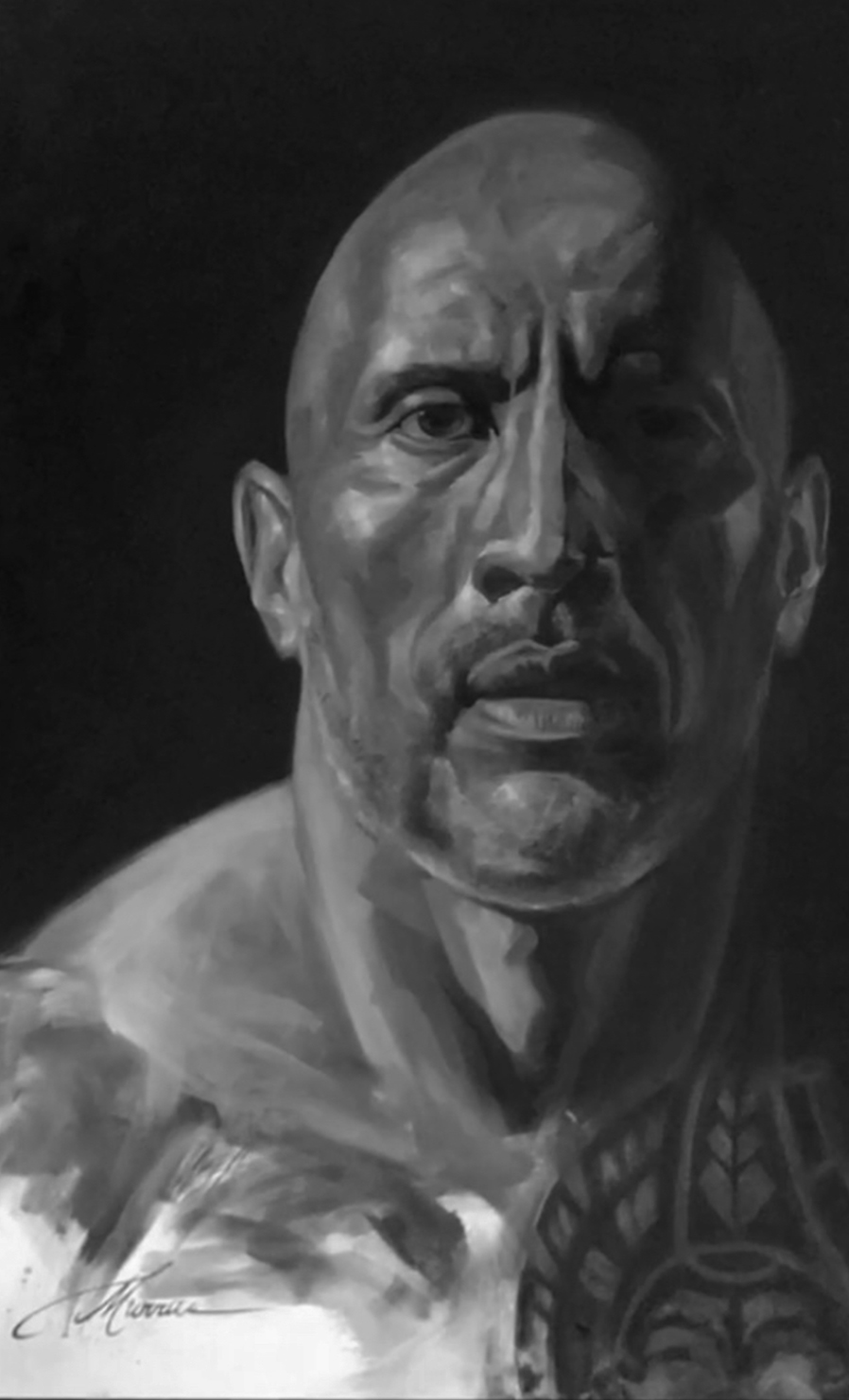 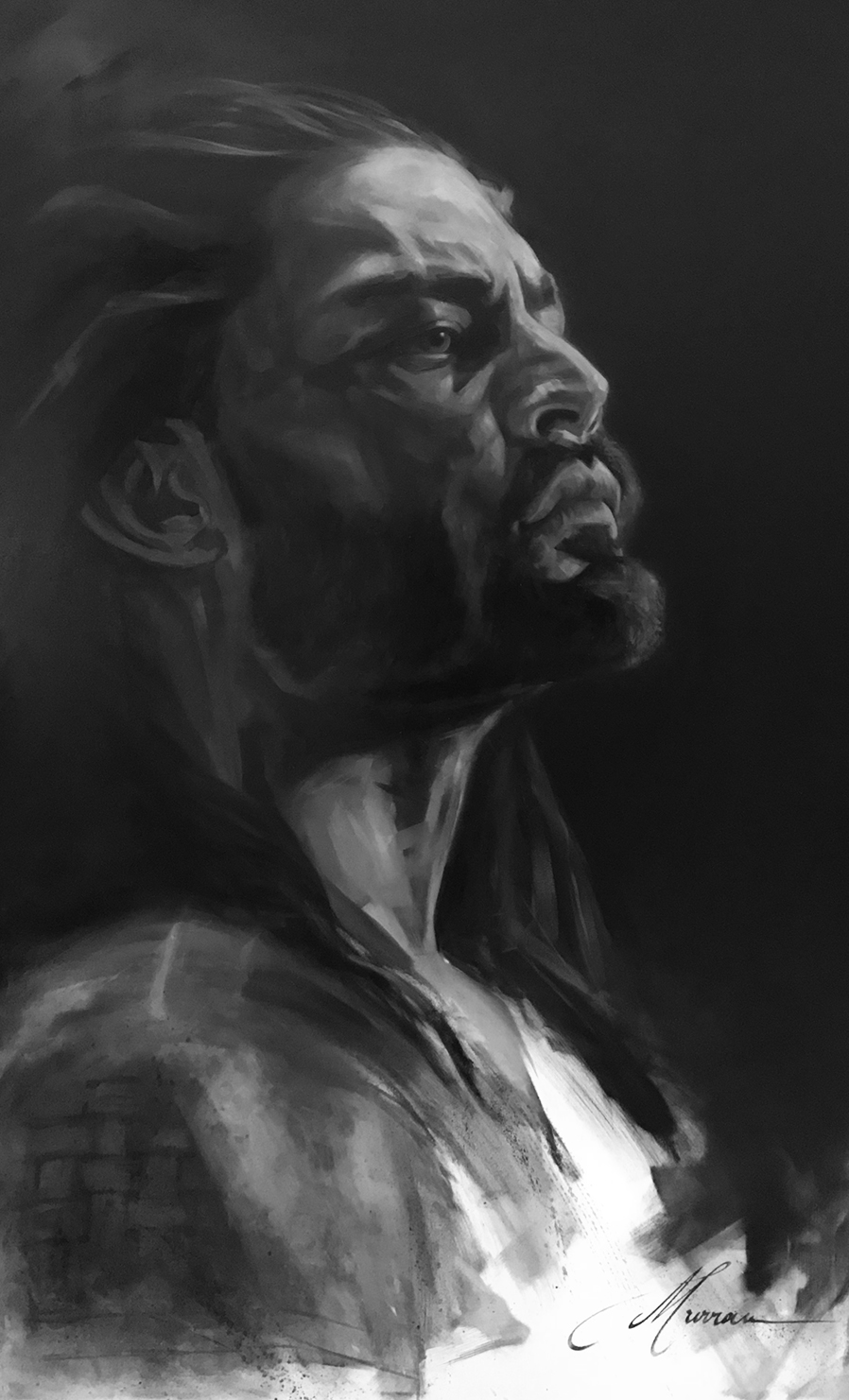 A raw and powerful piece of art 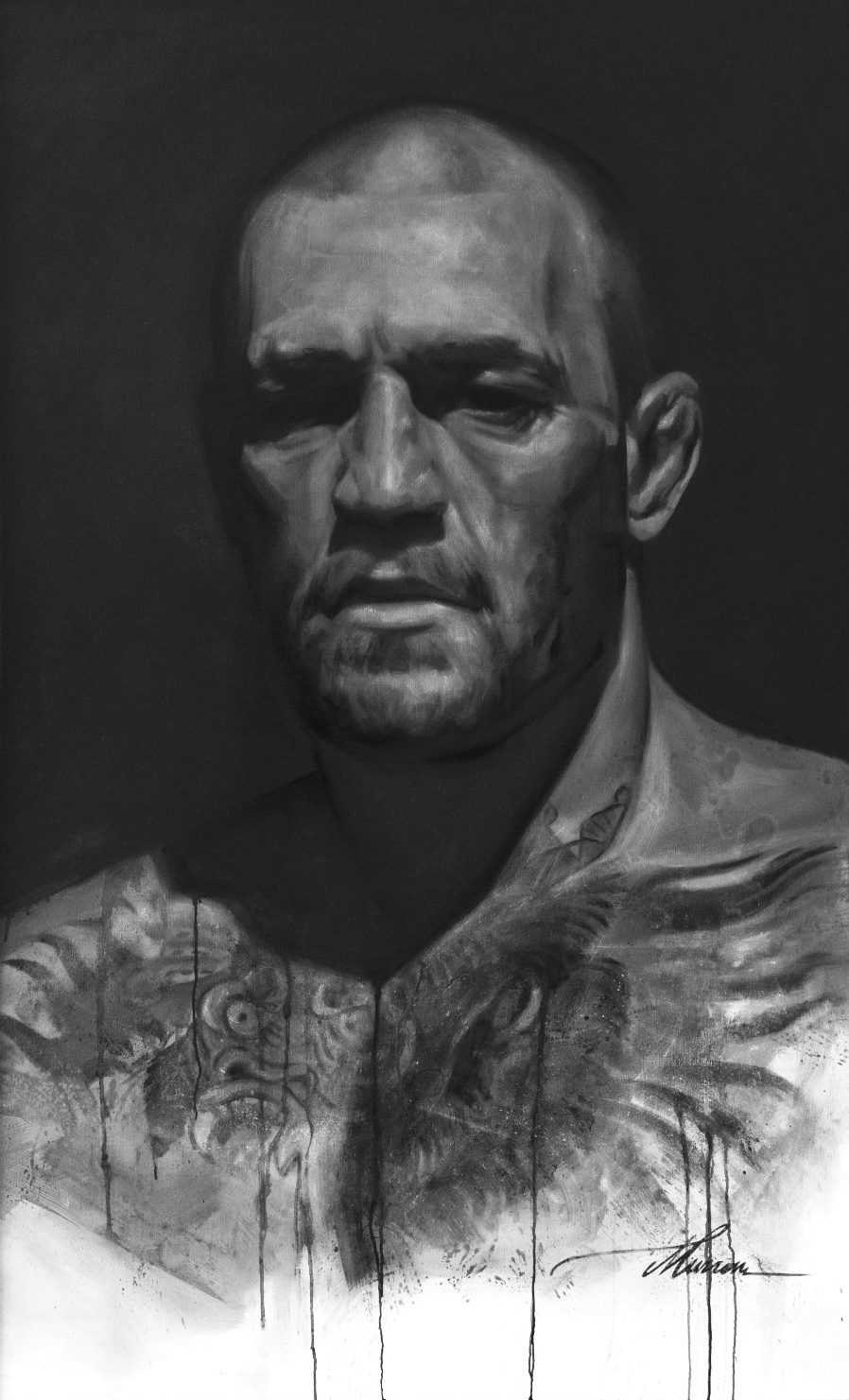 As impactful as the fighter

Even though Murran Billi has been an artist since 1973, it may be surprising to know he never went to art school to learn how to paint. He was lucky enough to have talented artists as friends who showed him specific techniques and answered questions to help him avoid making big mistakes. Murran Billi typically creates his paintings on canvas, and he tends to use the same size all the time for his portraits, 150 x 100 cm. Like they did back in the days, he uses oil paints on a white canvas to create his pieces.

His technique isn’t fully realistic, but the more refined his style becomes, the more realistic the portraits are. Billi is actually working on bringing more angles back into his work, he says that “if you look at the CR7 painting, you can see it’s more square and angular, but the McGregor portrait is more rounded. I want a mix of that in my next piece”. Using a photo as a reference, Billi creates his portraits in his signature style, which involves his realistic interpretation of a subject with an Italian renaissance influence.

Billi uses medium and large brushes in terms of his tools and loves to bring his pieces to life with big brush strokes. He manages to get the detail in by playing around with the cut of the brushes. He always uses oil paint as it’s the perfect medium to create depth of color and range, especially when painting in grayscale.

On the back of each canvas, the artist always leaves a dedication to whoever the portrait is destined for. In addition, Billi will write the date and place where he painted the piece and leave a signature to certify the piece. But, that’s not all; in true Florentine style, he leaves a Lilium printed in a wax seal stamp on the back too. Because, at the core of Murran Billi’s artistic style are his Florentine roots, which “influences my artwork the most”, he says.

The artist has a list of star-studded celebrity clients under his belt when it comes to his paintings, much like his tattoos. He has painted portraits of soccer legend Cristiano Ronaldo, UFC champion Conor McGregor, WWE star Roman Reigns and wrestler turned actor Dwayne “The Rock” Johnson, to name a few. No doubt, there will be plenty more portraits to come in Murran Billis time.

Billi was an artist long before he started tattooing, and it’s clear to see in his pieces how much that has influenced his tattoo style. 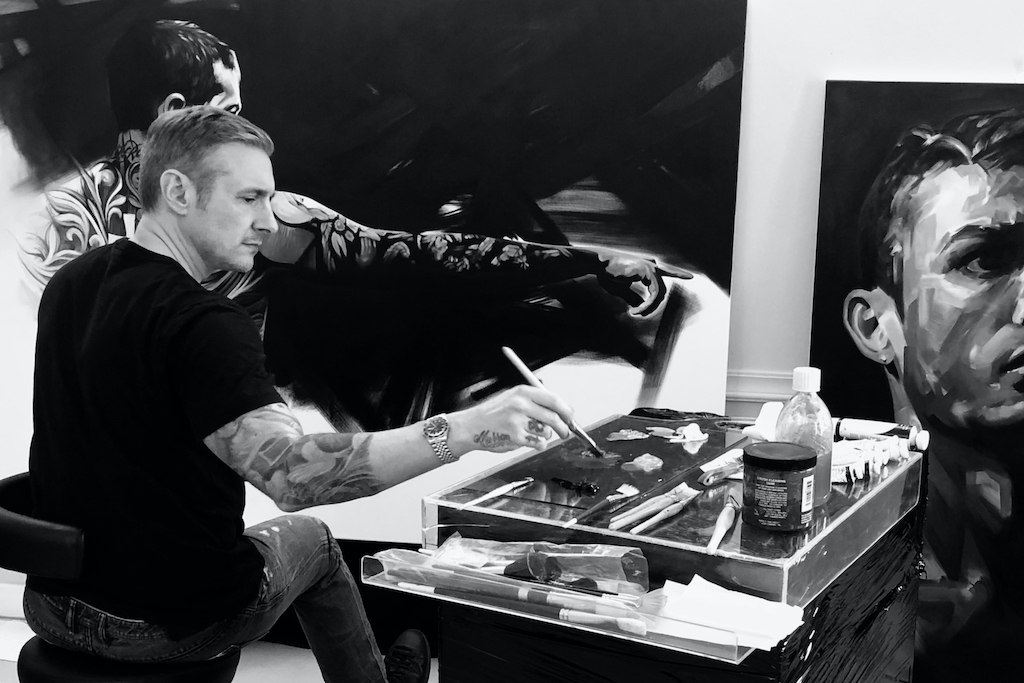 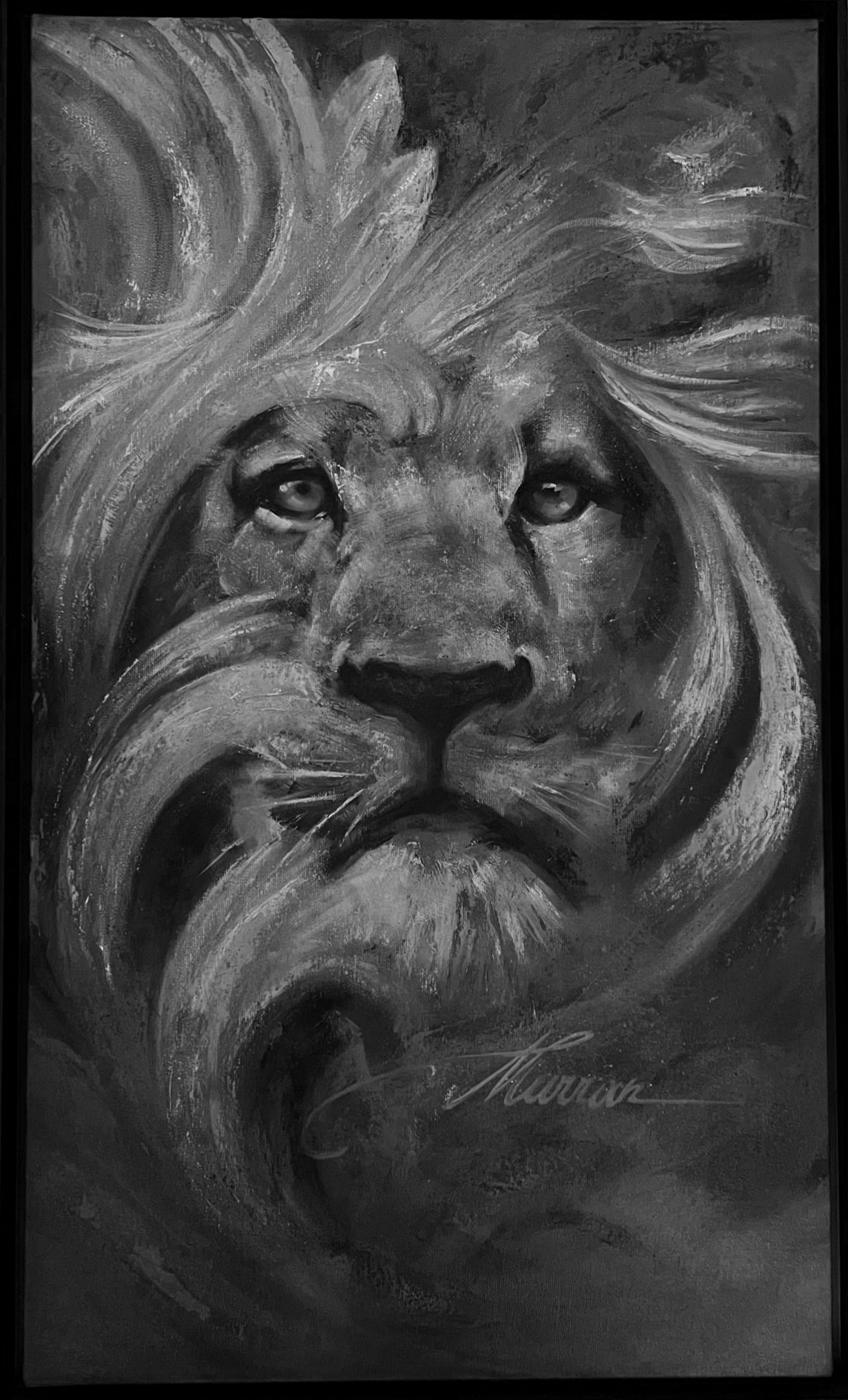