Dwayne “The Rock” Johnson is probably one of the most recognizable celebrities in Hollywood; he’s a pro WWE wrestler turned actor, who’s starred in blockbuster after blockbuster. The Rock seems to keep gathering momentum that just won’t stop. Murran Billi said his Dwayne Johnson artwork was influenced by the actor’s upcoming movie, Black Adam. So there’s a definite superhero influence to the painting, which actually became more apparent to the artist once he’d finished the piece. Dwayne is as much an athlete as he is an actor and Billi wanted to bring that power across in his painting.

Billi particularly loves to play with the tattoos of the subjects in his portraits, and it’s something he gets the chance to experiment with time and time again in his artwork. Dwayne Johnson’s large Polynesian tattoo on his chest, which is probably the actor’s most recognizable tattoo, was a particular favorite for Billi. He decided to experiment a bit with the tattoo and burn and destroy it, so it starts to melt, really giving a powerful feel to that part of the painting. As with most of his paintings, Billi used oil paint on canvas to create artwork full of depth and personality.

Once finished, Billi shipped the painting off to Miami in the same case as the Roman Reigns portrait, a fellow WWE fighter, where it then flew to Dwayne in LA. You can check out the oil on canvas portrait on Murran Billi’s Instagram, where he also features a time lapse of the creation process. 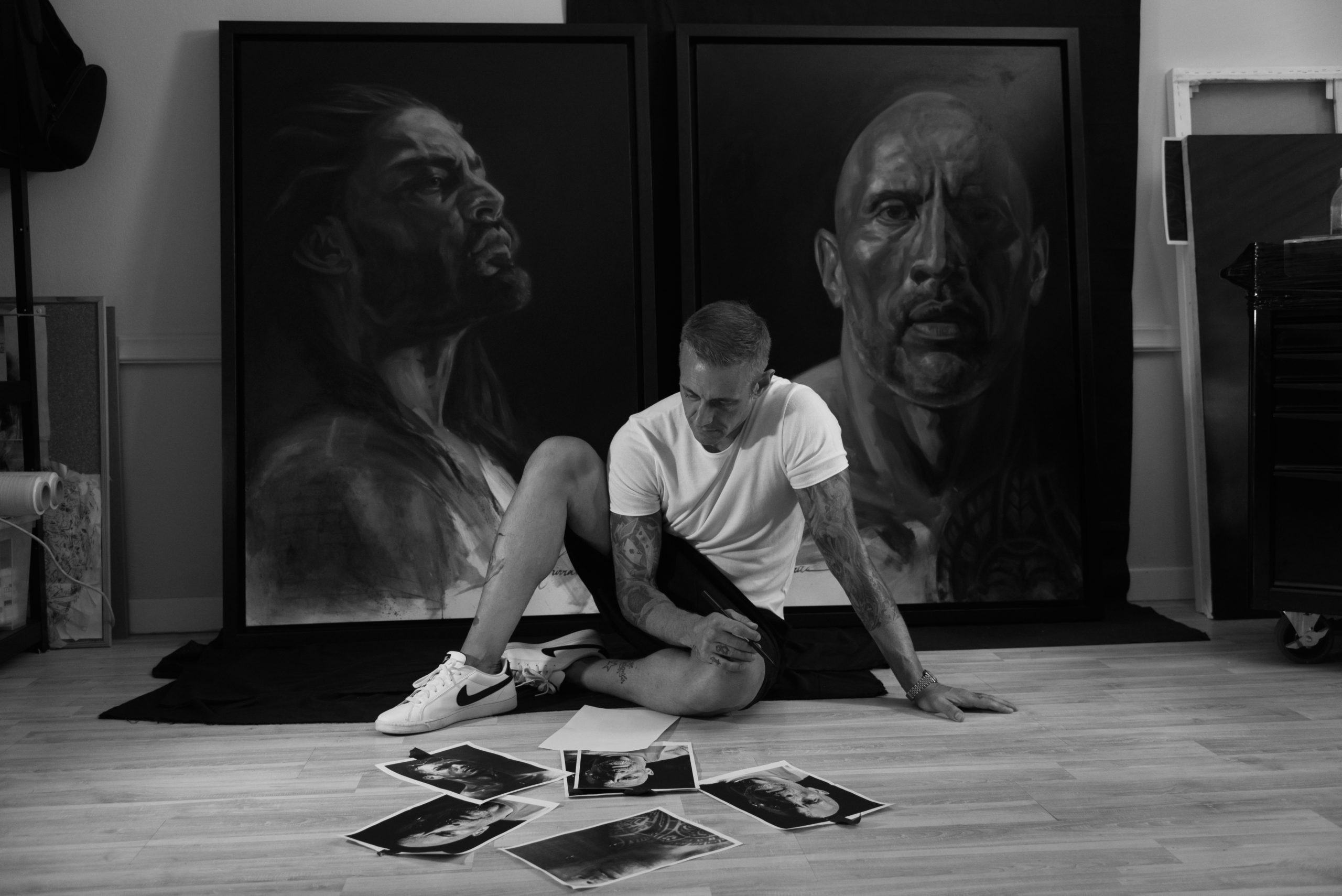