In 2019, Federico Bernardeschi commissioned a Cristiano Ronaldo artwork from Murran Billi of his Juventus teammate. It was a Christmas present to CR7. Having worked numerous times with the tattoo artist before for his full tattoo sleeves and backpiece, Bernardeschi already had huge faith in Billi’s talents. For the portrait, Billi chose to use one of the most iconic photos of Ronaldo as inspiration. However, he wanted to represent him as a “busto”, a Roman statue. He wanted Ronaldo to look like a Roman leader would. That would perfectly represent his role on the soccer pitch and beyond. Famously, Billi’s style is to express his realistic interpretation of a subject with an Italian renaissance influence. He makes each piece his own. Adding a style that can’t be mimicked. Using a photo, he’ll reproduce the portrait using his artistic eye to allow his artwork to stand out.

Billi used oil paint on a 1m x 1.5m meter canvas for the portrait to expertly create depth and personality. Once completed, he personally delivered the piece to Bernardeschi in Turin, Italy, so he could take it to Cristian Ronaldo himself. Clearly, the painted portrait was a big success. Ronaldo posted a picture of him and his son standing in front of it straight away to Instagram. This post created a huge buzz and suddenly, Murran Billi’s artwork was all over the TV and the web, allowing people far a wide to see his talents, not just as a tattoo artist, but as a painter too. In the end, it was clear that the oil painting was a success for Billi, Bernardeschi, and Ronaldo himself. 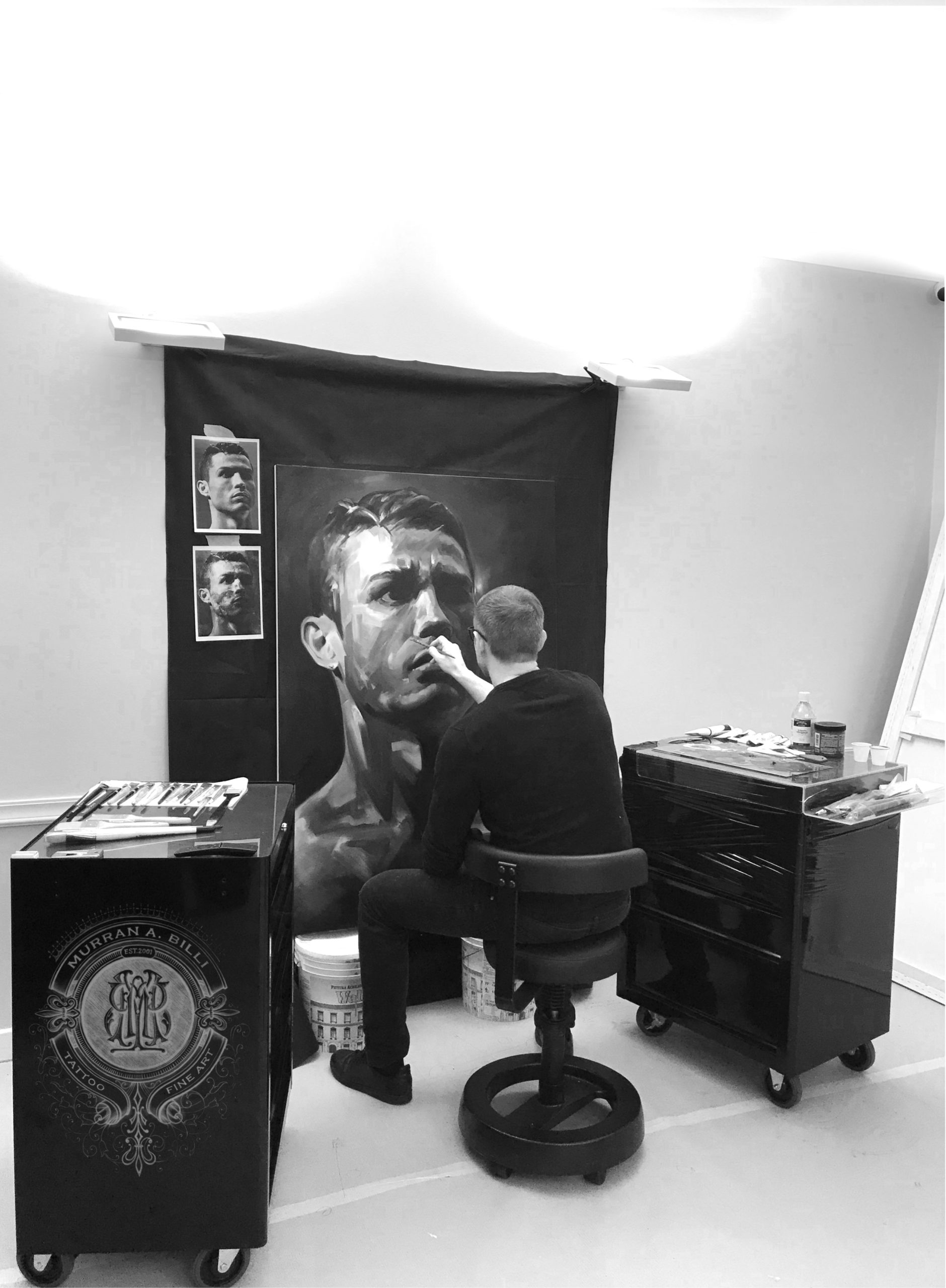