Roman Reigns is a well-known WWE wrestler and actor. Ex-football player and currently in his second reign as current WWE Universal Champion. A friend of Murran Billi commissioned a Roman Reigns artwork. It was delivered directly to him in Miami in the same case as the Dwayne Johnson portrait, a fellow WWE wrestler and good friend.

Billi’s goal with the oil painting of Roman Reigns was to express the powerful demeanor and energy of the athlete. As with most of his other portraits, the painting was done on a white canvas measuring 150 x 100 cm. The perfect size for creating a statement when hung on the wall. Not only is the wrestler a champion in his field, but he’s also battled through recurring bouts of Leukemia. The artist has such great respect for this fighter. He wanted the warrior’s mental and physical strength to come through in the portrait. Much like with the Dwayne Johnson and Conor McGregor piece, Billi had fun manipulating the subjects’ tattoos on the painting to give them more intensity.

Billi’s efforts were rewarded as Roman Reigns loved the portrait and sent a great photo standing next to the painting back to the artist. As an artist, it’s always a pleasure and never gets old to see your artwork appreciated by the recipient. Especially someone that’s fought through adversity to get to where they are. You can take a look at the pic over on Murrans or Romans Instagram. 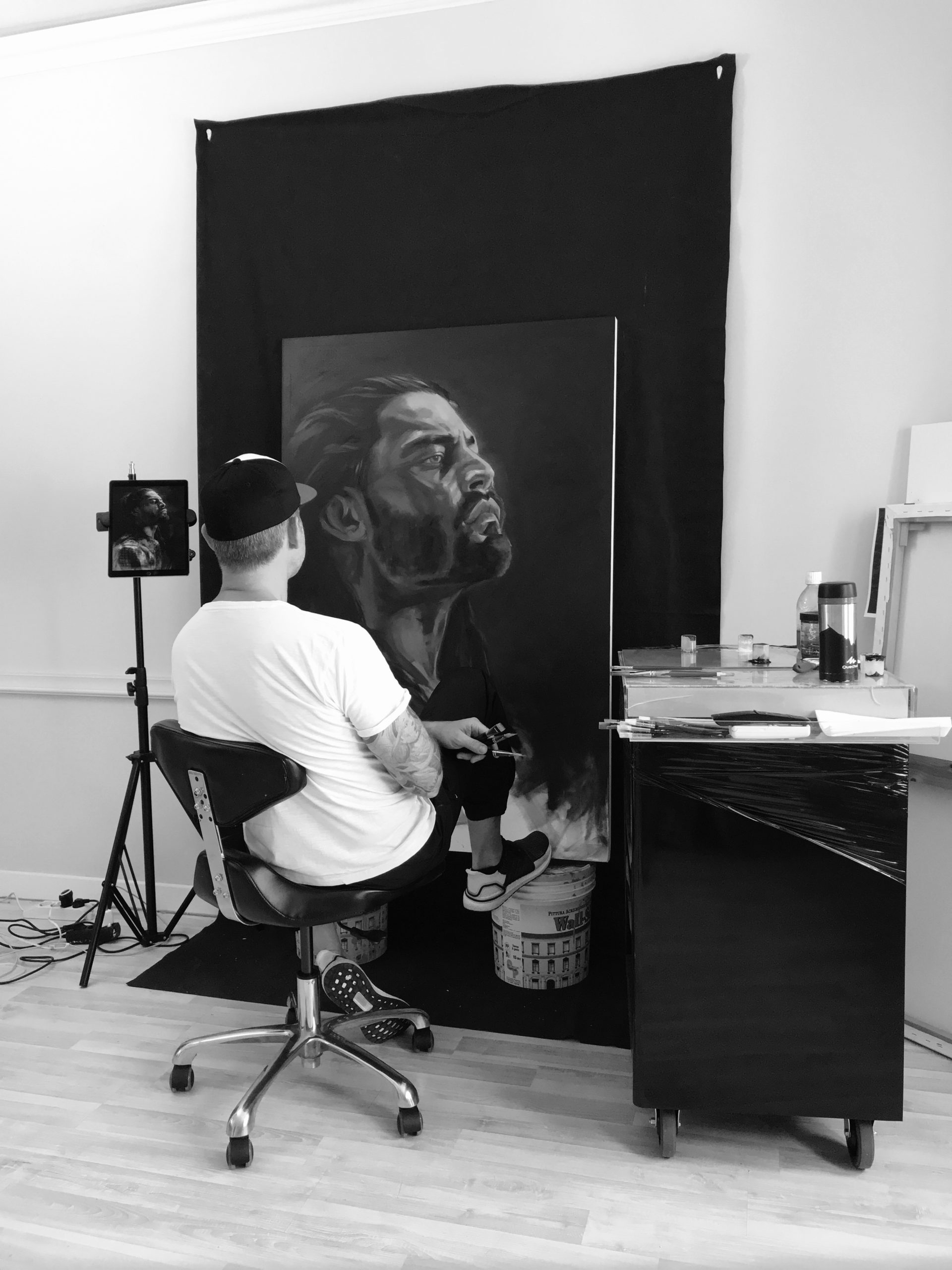