Painting an oil portrait on canvas of Conor McGregor was something Murran Billi had wanted to do for a while. So, he decided to start working on it in early 2021 and post the phases as he progressed through the painting as he went. Thanks to this, Billi ended up getting in touch with Conor McGregor’s agent, and they came to a deal for the Conor McGregor artwork.

After realizing the portrait on a 150 x 90cm canvas, Billi decided to deliver the piece personally to McGregor and flew over to Dubai. “Delivering portraits in person is the way to do it, and I will try to do it like this as much as I possibly can,” says the artist about the face-to-face handover. It’s always a memorable experience to witness a person’s reaction when they see their portrait for the first time. Billi and McGregor met in the official UFC Gym in Dubai and had a great time together talking about the painting etc. One of the funniest parts for Billi was when McGregor touched the paint to check if it was dry. A bit of a no-no for artists, but the gesture was so innocent and natural that Billi didn’t say anything.

The painting received compliments from far and wide, and Billi is still in contact with his management team. UFC fighter Conor Mcgregor was the highest-paid athlete this year (2021), with Messi and Ronaldo just behind. “Maybe I have to paint Messi now,” laughed the artist. Considering Billi has already painted a portrait for Cristiano Ronaldo, it would nicely round off his artwork for the top 3 star athletes. Of course, he’s not making any promises, but watch this space! 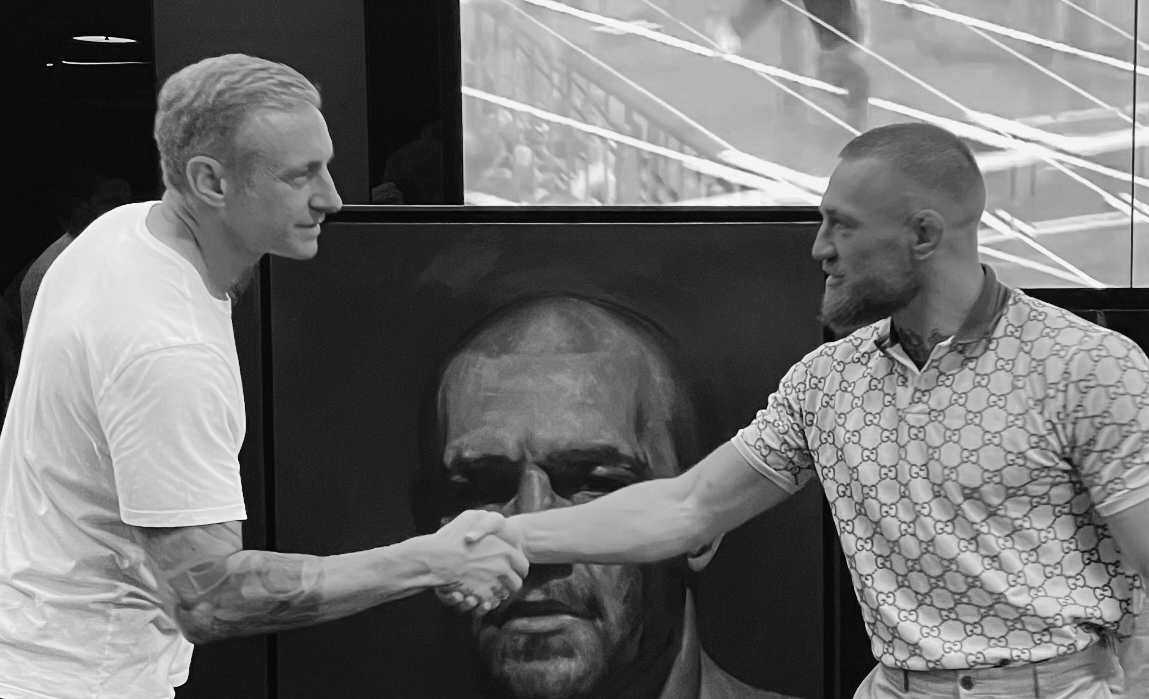