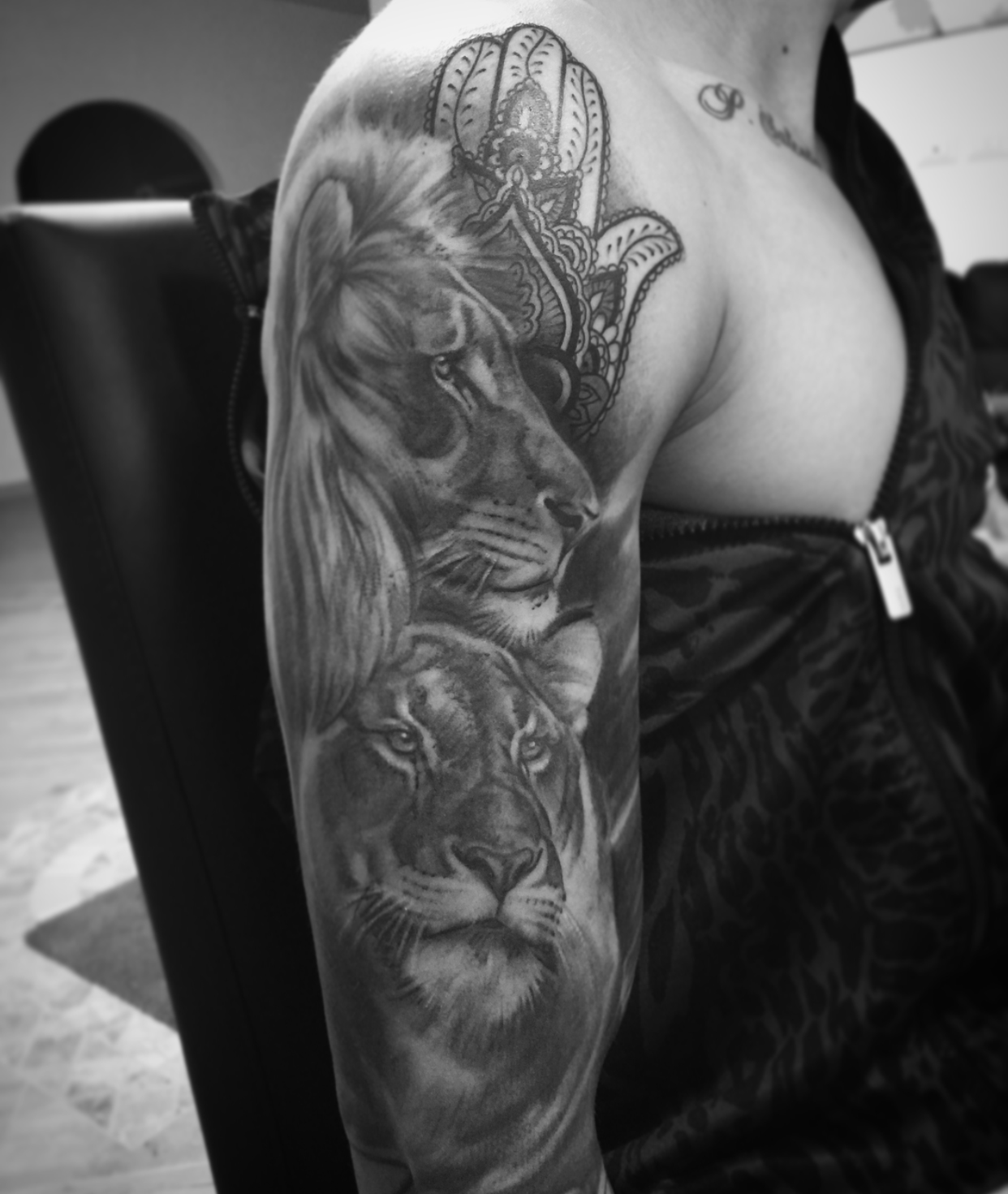 Murran Billi is no stranger to working with soccer players, both as a tattoo artist and traditional artist. He has done a lot of famous soccer players tattoos. For example, he tattooed both sleeves for the Italian soccer star Claudio Marchisio. He played for Juventus from 2006 to 2018, before moving to Russian to play for BC Zenit Saint Petersburg. These sleeves rose to international fame as Marchisio was the face and body of Giorgio Armani’s perfume ad for Acqua di Giò.

Another famous soccer player who not only had both sleeves done by tattoo artist Murran Billi, but also a huge back piece, is Federico Bernardeschi. At the time of having his sleeves tattooed, the Italian was playing for Fiorentina in Florence. Murran tattooed his right arm with a religious-style full sleeve featuring biblical icons linked to the player’s Tuscan roots. The left arm was an impressive full sleeve cover-up. Later on, when Bernardeschi started playing for Juventus, he asked Murran to tattoo his back piece.

Cristian Tello, another famous soccer player who was playing for Fiorentina at the time, also came to Billi for a tattoo on his ribcage. Later he came back to the tattoo artist for a huge piece on his back. Tello now plays for Real Betis in Spain.

In 2019, Federico Bernardeschi commissioned a portrait from Murran Billi of teammate Cristiano Ronaldo as a Christmas present. The painting was done in Murran’s signature style, blending his experience to express his own realistic interpretation of a subject with an Italian renaissance influence.

The list of famous soccer players tattoos done by Murran Billi also has those names on it : Carlos Salcedo, Alfred Duncan and Cristiano Piccini.