The Florence Tattoo Convention was another great achievement and turning point for Murran Billi, not just as a tattoo artist but also as an artist in the traditional sense. In 2014, he was commissioned to design the poster for the 7th installment of the convention. Essentially the face of the whole event. This was the first time the convention featured an oil painting on the poster, and it was a massive success in more than one way.

This commissioned piece led Murran to become part of the Florence Tattoo Convention organization as a freelancer. He started bringing in artists like Michael Hussar and Henrik Uldalen to run painting workshops to help teach new skills to fellow painters. As well as organizing tattoo and art workshops, he ran seminars endorsed by some of the most prominent tattoo supplier companies such as Cheyenne, Intenze, Sullen and H2ocean.

He was also able to invite the world-famous photographer, and Los Angeles chicano culture ambassador, Estevan Oriol, who’s life was recently depicted in the Netflix hit documentary “LA Originals”, as the official photographer for the convention.

These conventions were a great place to meet other tattoo artists back in their prime. Only the very best had the honour of being invited to showcase their work. They were also a perfect opportunity for people to get tattoos done by their favorite artists.  Otherwise this may have been geographically impossible. Their exclusivity was only fortified by the fact there were only a few events in the year around the world. Nowadays, the scene is very different. There are so many conventions where any tattoo artist can show up, as such, the quality of the events has fallen dramatically. Like many good things, conventions have just become a business focusing on quantity, not quality. 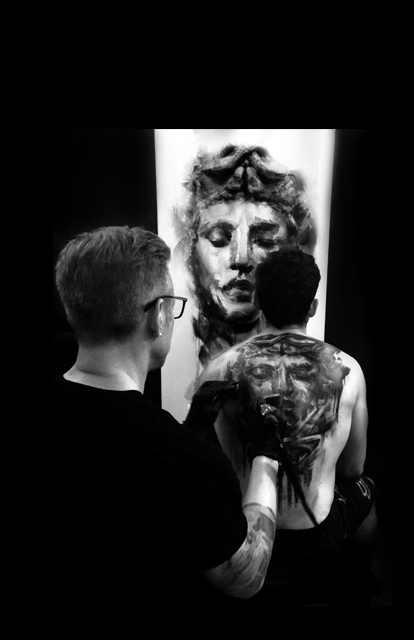